Thank You For Your Ongoing Generous Support! 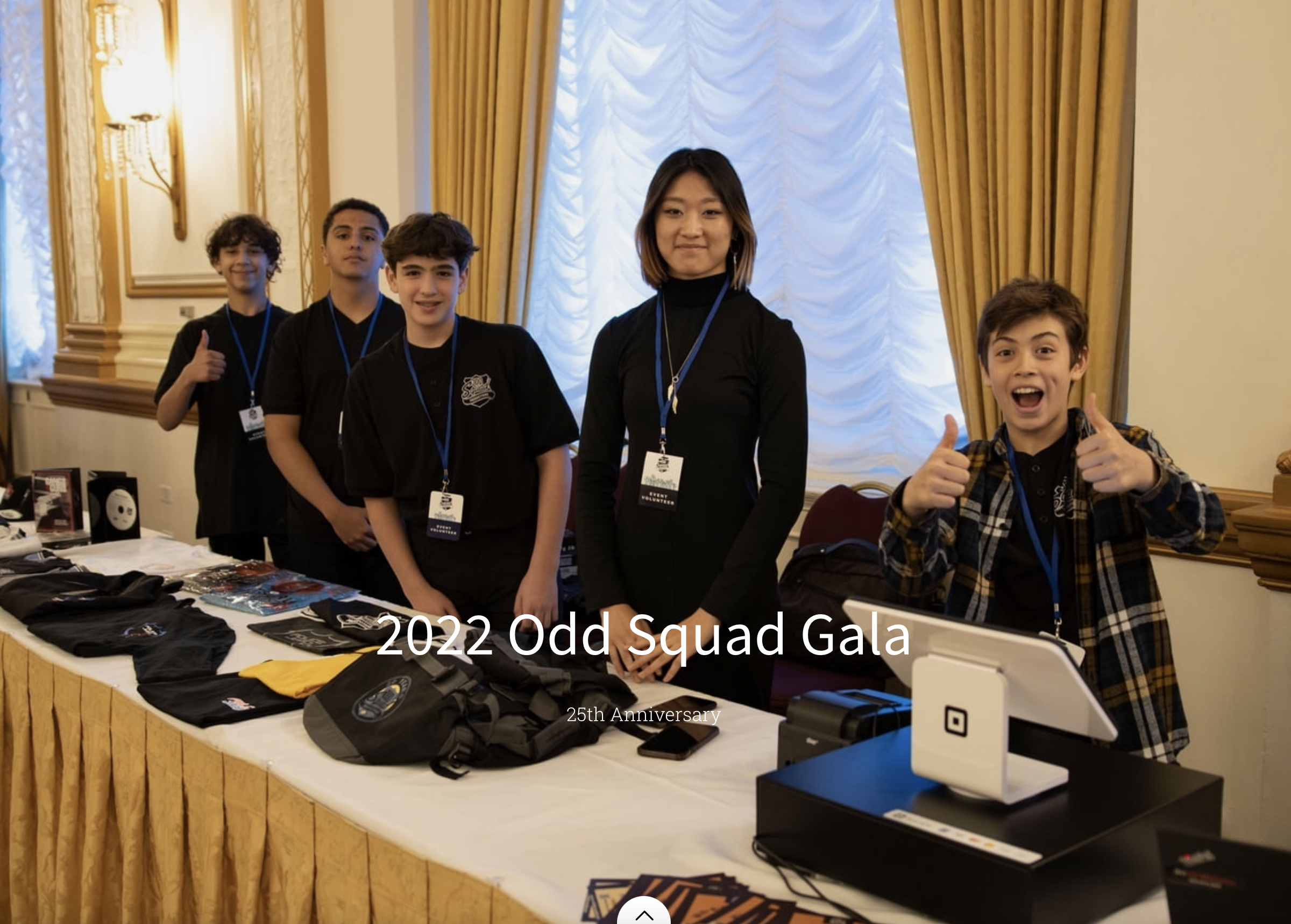 Thank You to Our Sponsors

Explore the Sunshine Coast with this trip for two, including a curated selection of accommodations, food and activities. 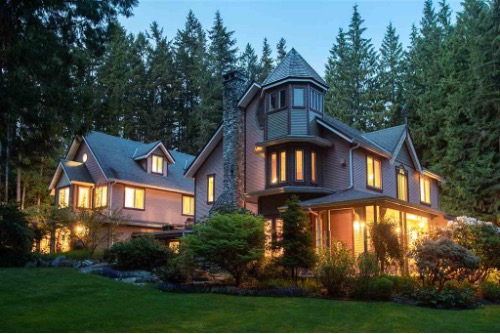 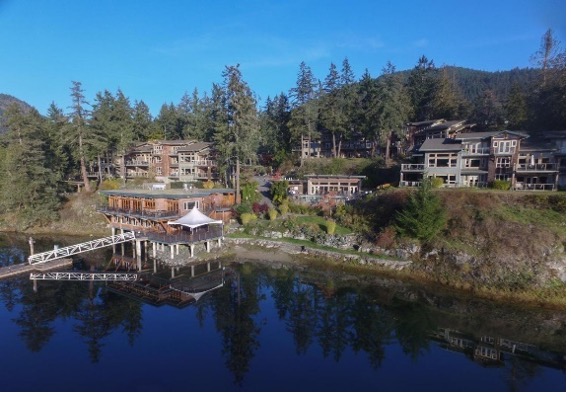 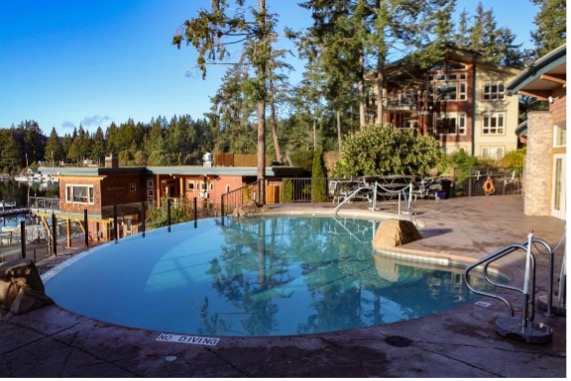 Past Presidents of Odd Squad

Bob Rolls was a member of the Vancouver Police Department for 33 years, retiring in 2010 at the rank of Deputy Chief Constable.  Over the course of his career, Bob held a wide variety of assignments, which included more than 10 years of working in the Downtown Eastside (DTES) of Vancouver.  During his last assignment there, as the District 2 Commander, he led a series of innovative projects and initiatives to address the many issues and challenges faced by this community.  Odd Squad played a critical role in these various initiatives, helping to shine a light and raise awareness on the problems of this community.  Bob recognized and embraced the unique value of Odd Squad in tackling crime and related societal issues, and in educating and supporting at-risk youth.  He was the Founding President of the Odd Squad Board of Directors from 2007 to 2010 and considers his work with Odd Squad among his proudest achievements.  Bob remains active today in public safety and policing related initiatives. 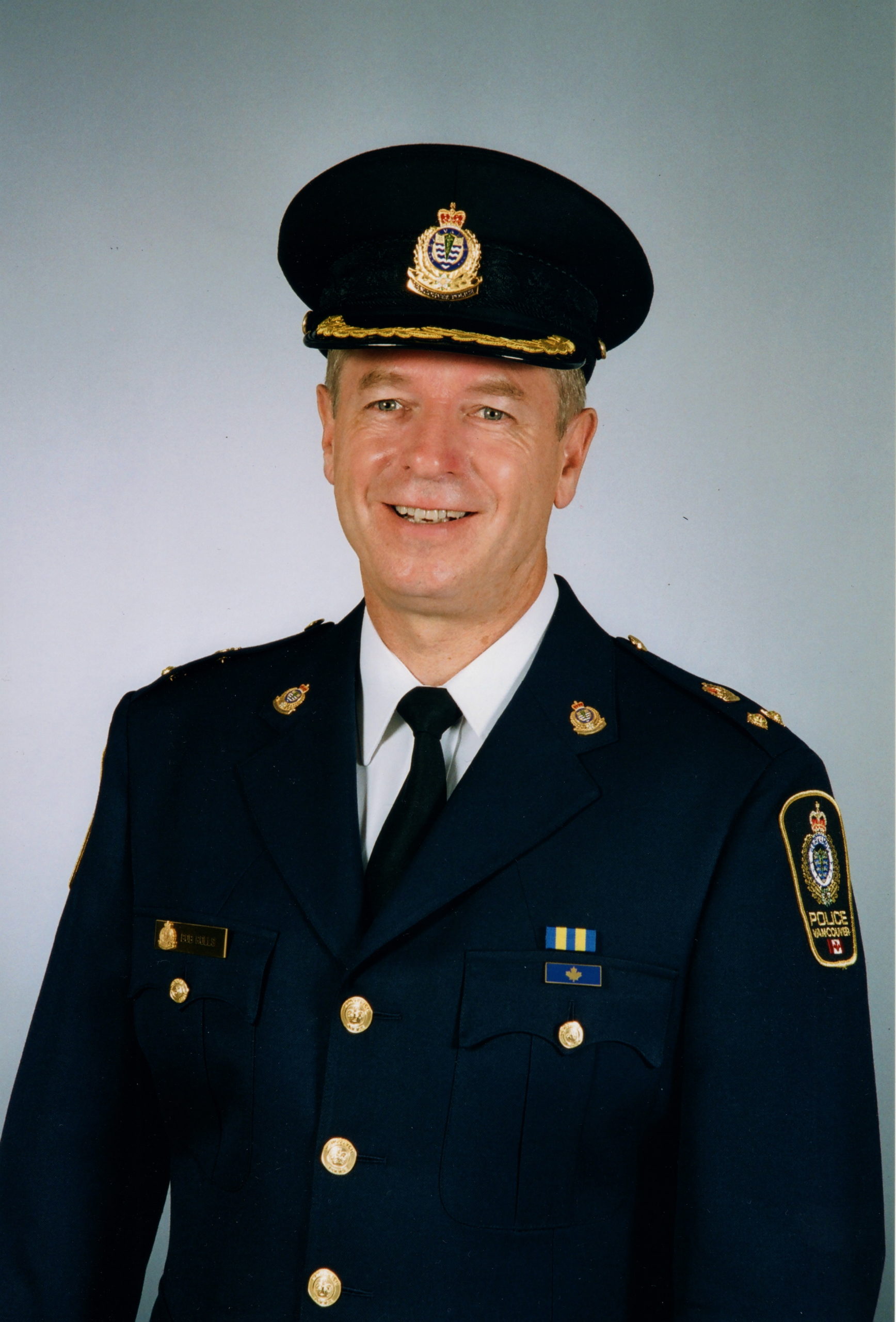 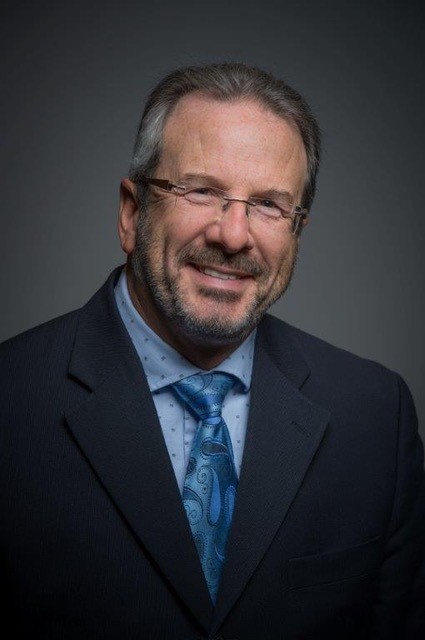 Rob Rothwell enjoyed a rewarding 33 year career with the Vancouver Police Department, pursuing a highly-varied career path enabling him to serve the citizens of Vancouver as a patrol officer, detective, supervisor, police manager, and police executive officer. Rob retired from the police department in 2012, at which time he was the superintendent leading the Investigation Division. Along the way, Rob witnessed the immense value in the work of Odd Squad and felt the unwavering passion of its volunteers. Rob climbed onboard in 2010, fulfilling an exciting, dynamic two-year term as president of the Odd Squad Productions Society.

Bob Golden was a goal driven and results producing business leader with 35+ years of experience driving sustained revenue and market share growth in diverse retail sectors.  Over the past 13 years Bob had helped provide strategic leadership for a family-owned business of real estate holdings.
One of Bob’s passions was Odd Squad, on which he collaborated with a team of board members to help create and sustain an organization that would continue to be effective in fighting substance abuse and develop reality-based education materials for young people on the causes and effects of choosing risky behaviors. 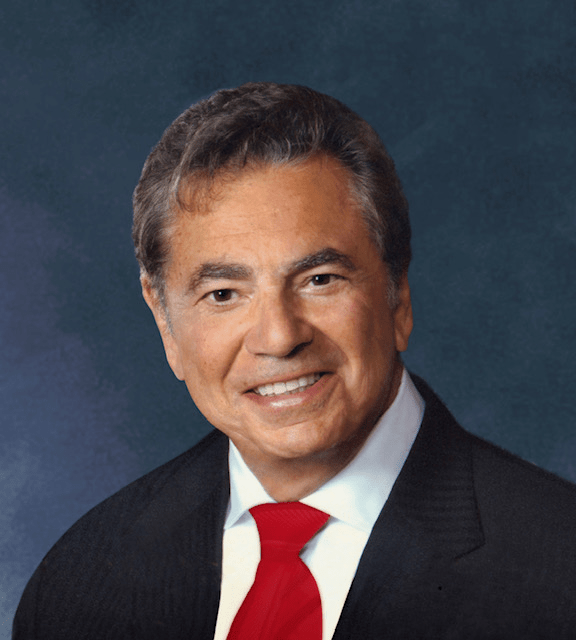 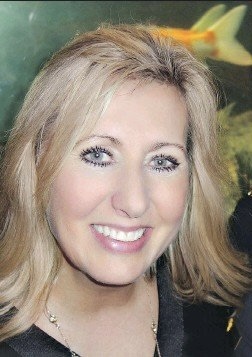 Diana Zoppa, President of Zoppa Media Group since 1991 continues to provide expertise with sales, marketing and communication for select companies.  Her career successes not only include sponsorships and fundraising for not only her beloved Odd Squad, which she joined in 1997, but medical agencies, hospitals as well as humanitarian and environmental projects.  Diana flourished corporately with Wall Financial/Wall Centre, Brian Jessel BMW and Jet Set Sports.  She became more geo-politically inclined doing research and editorial for The Daily Bell and producing films with Matrixx Productions in the US.  After 23 years with Odd Squad, Diana remains a dedicated board member and provider of communication keeping Odd Squad's name alive and well in the public's mind.

As a reporter, John L. Daly saw first-hand the effects of drugs, gangs, bullying and intimidation on young people, families, and communities across Metro Vancouver.  Appreciating the quality and value of the work the society does, he has been a director of the Odd Squad.  From September 2019 to December 2021 he served as President of the society, succeeding Diana Zoppa.  During Daly’s tenure, Odd Squad moved from Vancouver’s Downtown Eastside to its current, larger headquarters on Lane Street in Burnaby.  And the Society pivoted to increased online presentations and took on more revenue-generating contract projects to get through the pandemic as other events and the annual Gala had to be deferred and later reconfigured for virtual presentation.  After two terms as president, Daly was pleased to see Dr. Bill MacEwan step forward to lead the board with fresh eyes, a clear vision, and new energy.  Daly was previously appointed to the board of the BC Real Estate Council, after retiring as a news reporter with Global TV after 36 years, specializing in crime, policing, and investigative reports.  Since then he has continued serving the Odd Squad, providing board input, volunteer video production, on-camera and MC support, while part-time, he hosted a current affairs radio program on CKNW. 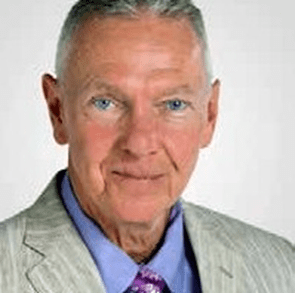 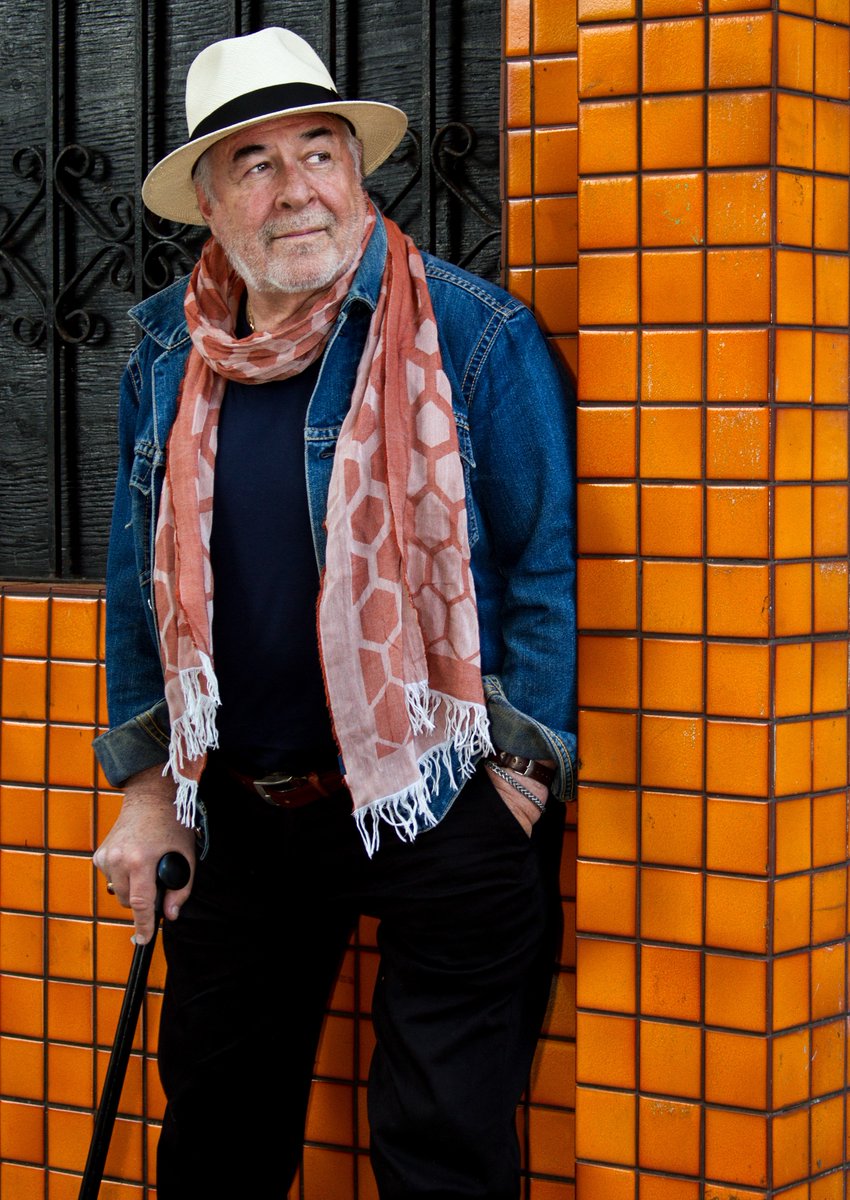 Jim, born in St. Louis, is a legendary blues icon, an actor of note, and an artist who lights up every stage with song and stories, tried and true and an incredible individual who gives so much of himself to his family, friends and community.

Jim is best known for playing ‘Lifeguard’ in the CBS series “Wiseguy” (1987-1990). He also famously starred as 'Joe Dawson' on the syndicated TV series "Highlander" (1993-1998). As a blues performer, Jim has recorded 10 albums, with Juno Awards for “That River” (’96); “House of Refuge” (’06); “Everywhere West” (’11). He is a recipient of numerous Maple Blues Awards; Canadian Folk Music and Canada Music Awards, member of BC Entertainment Hall of Fame and a recipient of the Variety Heart Award of Vancouver & Variety Champion for Kids Award in St. Louis. In 2017 Jim became an inductee in the Order of British Columbia. Jim was a charter member of Face the World and remains as Honourary Patron.

In 1972, Jim being Jim, was being a good Samaritan helping someone with their vehicle on the highway and was hit from behind by a car losing both his legs. Despite two swipes with death over his life, Jim exemplifies the power of choice in living the way he has. Joining the Board of Directors of Odd Squad 13 years ago has been a huge bonus for OSP.

From the prairies of Saskatchewan to sharing the stage with arguably the greatest and most influential guitarists of all time, Colin James still remembers those words of advice given to him by the late, great, Stevie Ray Vaughan, “I’m opening doors for you –walk through them.”

After 30 years and 20 acclaimed albums he remains at the top of his game, always challenging himself musically. A consummate professional and a superb guitarist, Colin is a musician’s, musician. 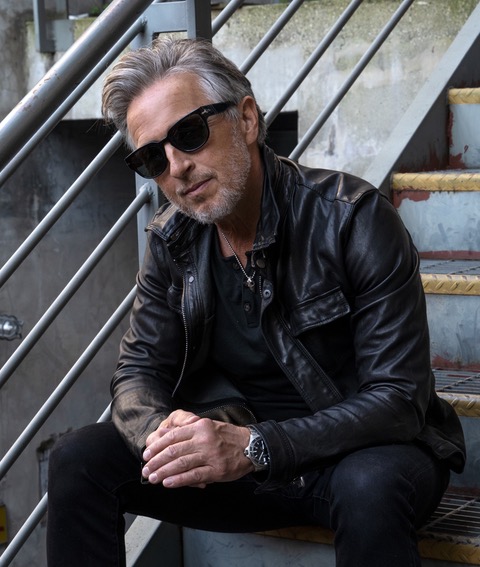 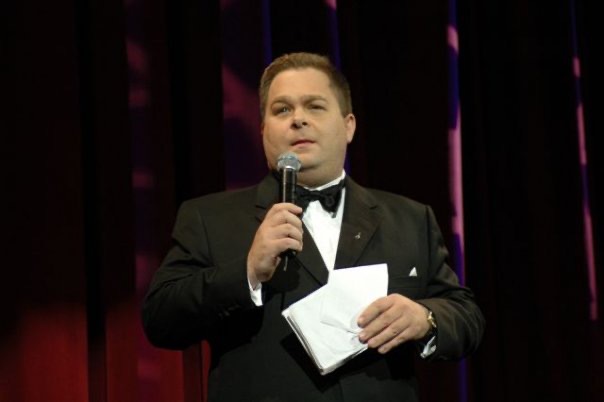 Howard Blank is a long time member of the entertainment and gaming sector. Howard has devoted his career to making a difference through assisting numerous philanthropic organizations in British Columbia and across Canada.  He currently serves as CEO of Point Blank Entertainment Ltd. www.pointblankshows.com, Ambassador for Innovative Fitness, and Ambassador for the Cerebral Palsy Association of BC.  Howard has received many accolades and awards and is recipient of the Queen’s Jubilee Medal,  Paul Harris Fellowship, and the British Columbia Community Achievement Medal from the B.C. Lt. Governor.  The Governor General of Canada bestowed Howard with the Canadian Honours Sovereign’s Medal for Volunteerism in 2018.  In September of 2021 Howard was featured in Business in Vancouver’s BIV 500 as one of the top executives in the NPO sector in British Columbia.

Sandra Elaine Scott is an Award-Winning Author of 8 books who inspires joy and transforms lives with her empowering message Mañana Starts Today! She is also a dynamic speaker and coach who shares her joy of writing and being a Boss Author. Her bestselling strategies make her a highly sought-after presenter to speak to diverse audiences. 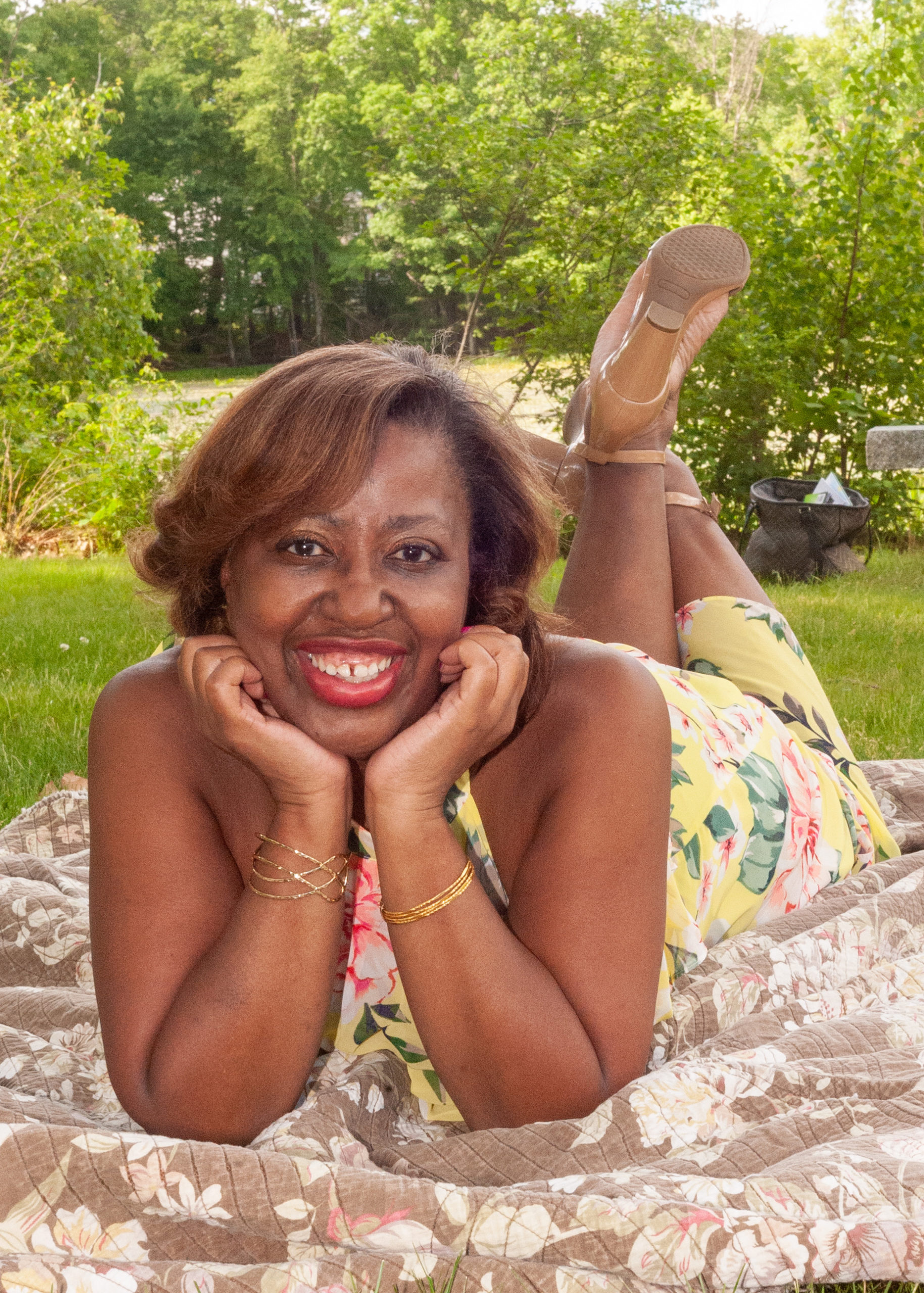