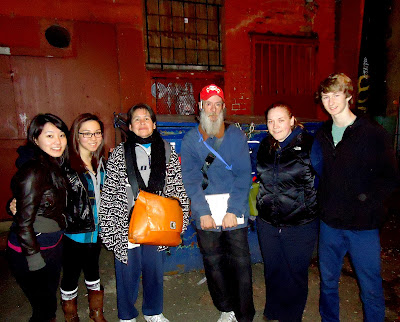 A little while back, a few of our McMath students had an opportunity to explore a part Vancouver rarely seen by most.  Though a perhaps a little unsettling for some, our students were in good company.  Having an opportunity to explore the Downtown Eastside along side our school Liaison Officer as well as VPD Officer and Odd Squad Member, Brian Hobbes (a former McMath student), the group had a first hand experience that they will never forget.

On Mar. 8th, 2012, I along with 6 other McMath students had the rare opportunity to travel with the Odd Squad Policing Program to learn and experience what life is like living in Vancouver’s iconic Downtown East Side. From the very start of the 8 hour field trip, each student had a different thought on what the night would present them with. When we arrived at the Odd Squad Headquarters, we were shown a video, both about the struggles of drug users, but also those with success stories. Next, we viewed a 90 slide Powerpoint presentation outlining the numerous substances, drugs and weapons found and confiscated by the Vancouver Police everyday along the streets of the East Side. 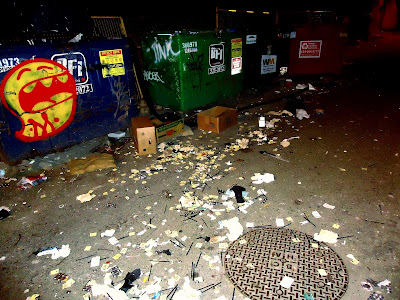 Following a delicious dinner at the Yaletown Brewery, the moment we had all been waiting for had arrived- a walking tour of the Downtown East Side streets. Divided into 2 groups, each under the supervision of 2 police officers, we were escorted through the streets, observing the actions that took place right before our eyes. We had the honour to be able to talk to the residents of the East Side, which included drug addicts, alcoholics and prostitutes. Each person had a very unique story to tell that I will remember forever. 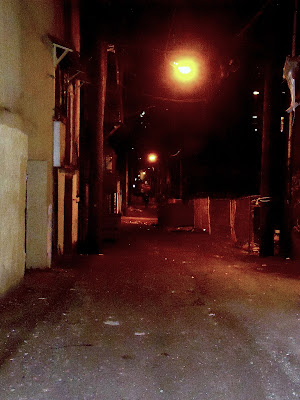 The most vivid memory I have of the night was the tour of the Baltimore Hotel. Stepping into the hotel, we were greeted with a wave of musty and humid air that reeked of cigarettes and marijuana. I can still picture the rickety stairs, syringes by the garbage can and the disgusting bathroom that all the residents on one floor had to share. The Baltimore Hotel was also where we met ‘Chain Man.’ ‘Chain Man’ was a very talkative and charismatic person. He wore a jumpsuit, along with at least, 250 lbs of chains and weights strapped onto himself. We later discovered that he wore the chains as a symbolic representation of how drugs can pull you down, even if you’re at the top. His advice to us – stay in school and never give up.
Overall, my Odd Squad experience was unforgettable! The experience has made me realize how fortunate I am to have had  important people in my life who have supported me in making the right decisions. I cannot emphasize how truly grateful I am. I’d like to thank Constable Stuart Gray from the Richmond RCMP, Constable Brian Hobbs from the Vancouver Police Department and Mrs. D. Simonson for organizing the field trip forDevon Littlewood, Yanessa Lee, Claire Christie, Jason Connacher, Luke Gilmore, Dana Pengilley and me (Vanessa Lee). It was an amazing night that we will all remember forever! 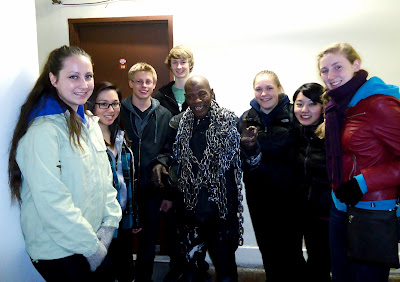 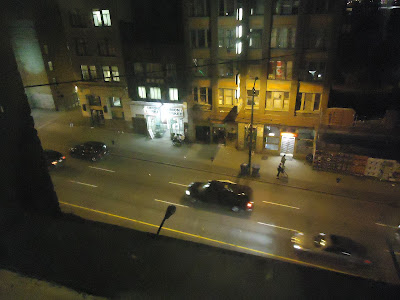 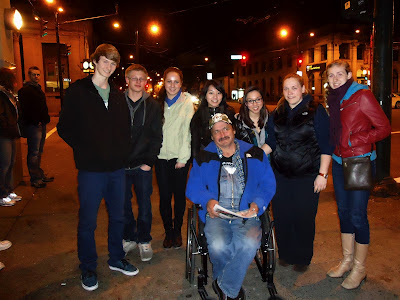