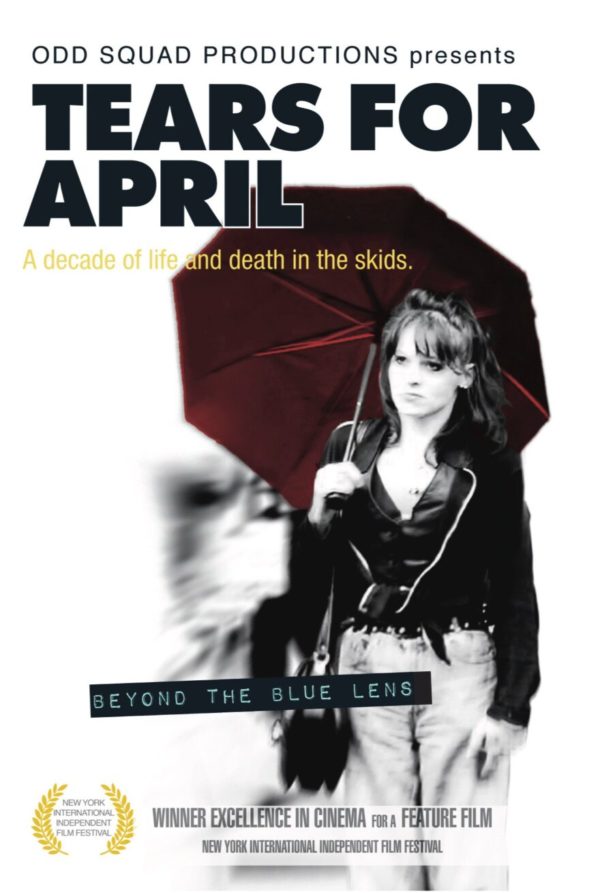 This film destroys the myth that drug abuse affects just the user as life and death unfolds in the Downtown Eastside of Vancouver.  Tears for April: Beyond the Blue Lens follows the short, tragic life of April Reoch as told by the beat cop who first warned the fresh-faced 17-year old to leave the streets. Within six months, April was hooked on drugs and prostituting herself. We follow April’s life-and-death struggle: from those first days on the street, through her struggles to get clean, to finding her body on Christmas Day, and into jail where her murderer laments her death. Five other characters, also seen in Through a Blue Lens (1999), are woven into this compelling documentary.

For public performance rights where admission is being charged: 25% of ticket revenue (contact us for details)

Videos cannot be downloaded to apple devices other than iTunes.